The film is based on the oral testimony of Josefa Castro García, recorded in 2013 when she was 90 years old, in which she recounts her life marked by the Civil War and post-war repression. Through her narration, the students with the same age as Josefa Castro was during the Civil War, 16-18 years, have developed a cinematographic proposal in parallel to their process of shared discovery of audiovisual language.

The project tries to value not only the film resulting from it, but also the process of realization, so that we have collected a series of textual and audiovisual materials as documentation and research to generate a space for shared learning. The “learning community” formed by adolescents, teachers and artists has experimented not only in the audiovisual, but also in the teaching-learning modes, where exchange, collaboration and the establishment of non-hierarchical relationships allow us to investigate alternative methodologies to the normative approaches in the classroom. 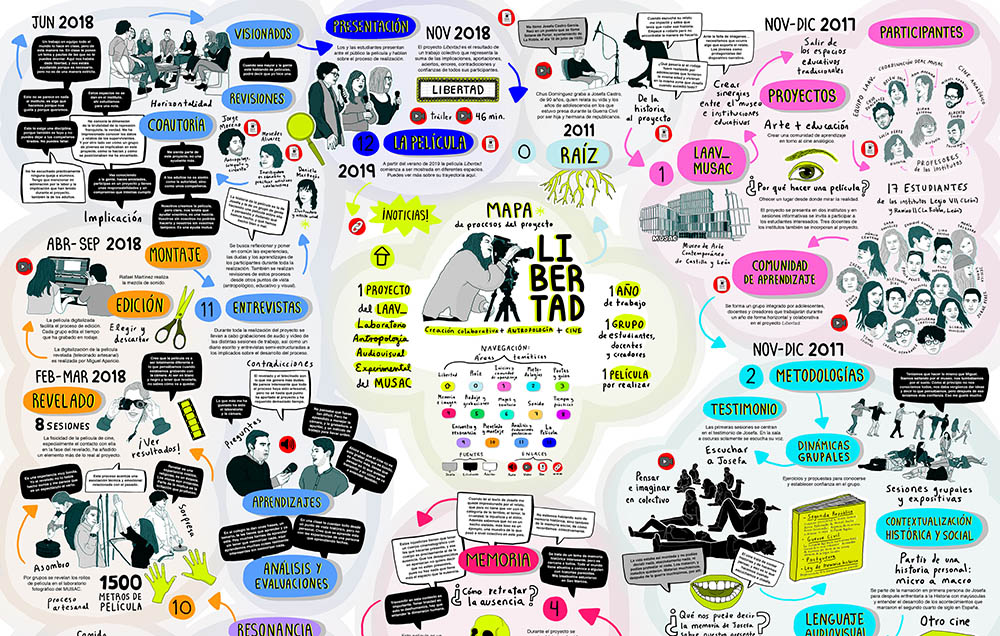 Libertad (2019) 46 min.
The picture has been made in 16mm-film and all the phases of the film process (planning, filming, developing and editing) have been developed by the students with the collaboration and coordination of the team of artists and teachers.